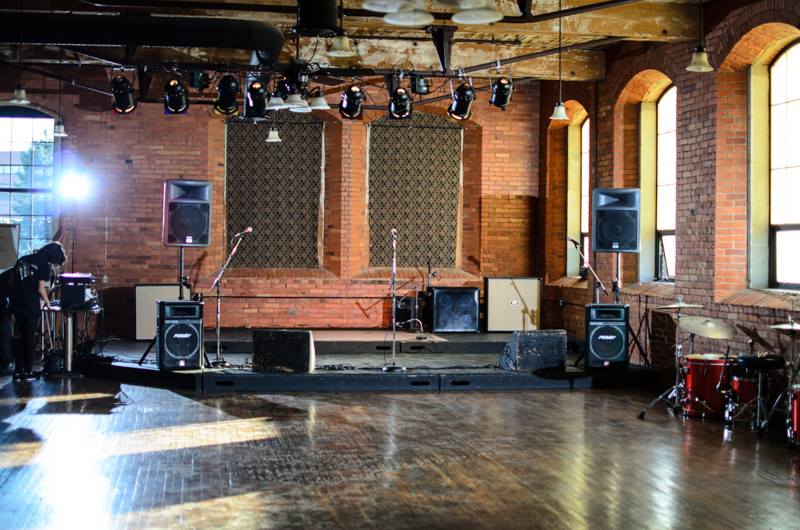 ‘Twas A Night With Red Light Departure and Friends

December 28th featured the last of Mike Ball’s Jamestown concerts, and what a way to end them! This show featured many of the scene’s favorite familiar faces, some new additions and a few greatly missed performances.

Crazies kicked off the show with a fantastic horror-punk set that burst with energy. Their sound has a clear influence from bands such as Misfits and Cancerslug, and is definitely worth checking out for any punk fan. I Am Zeros and Ones played another very unique set. This band is hard to describe, making a clever mix of Metal, Industrial and Electronic music. Elemantra returned to the scene with another technically skilled performance. Their technical, sludge influenced metal stirred up the crowd as always, including a use of everyone’s favorite instrument – the cowbell. Jamestown’s music scene is known for slamming, brutal Deathcore, and this show certainly didn’t disappoint. Bands like Valiance, The Teeth, and UTE sent the audience into a frenzy with their brutal sound. Mosh pits were as intense as always, with a few minor injuries. Lila Ignite played their unique, fun brand of pop­punk, a genre not commonly featured in Jamestown shows. However, many among the scene appreciate this sound and enjoyed the variety.

Bungler‘s crowd interaction was phenomenal, and managed to make everyone a part of the show. Their cover of Drowning Pool‘s “Let the Bodies Hit the Floor” had everyone jumping. Vanity Strikes made a return from Rochester, New York, to perform and promote their newest release, “Hope For The Broken.” Ending the show was Jamestown’s own Red Light Departure, delivering an upbeat, energetic performance as always. Overall, each band was phenomenal, and many remember this as one of the best shows the Gateway center has ever featured.