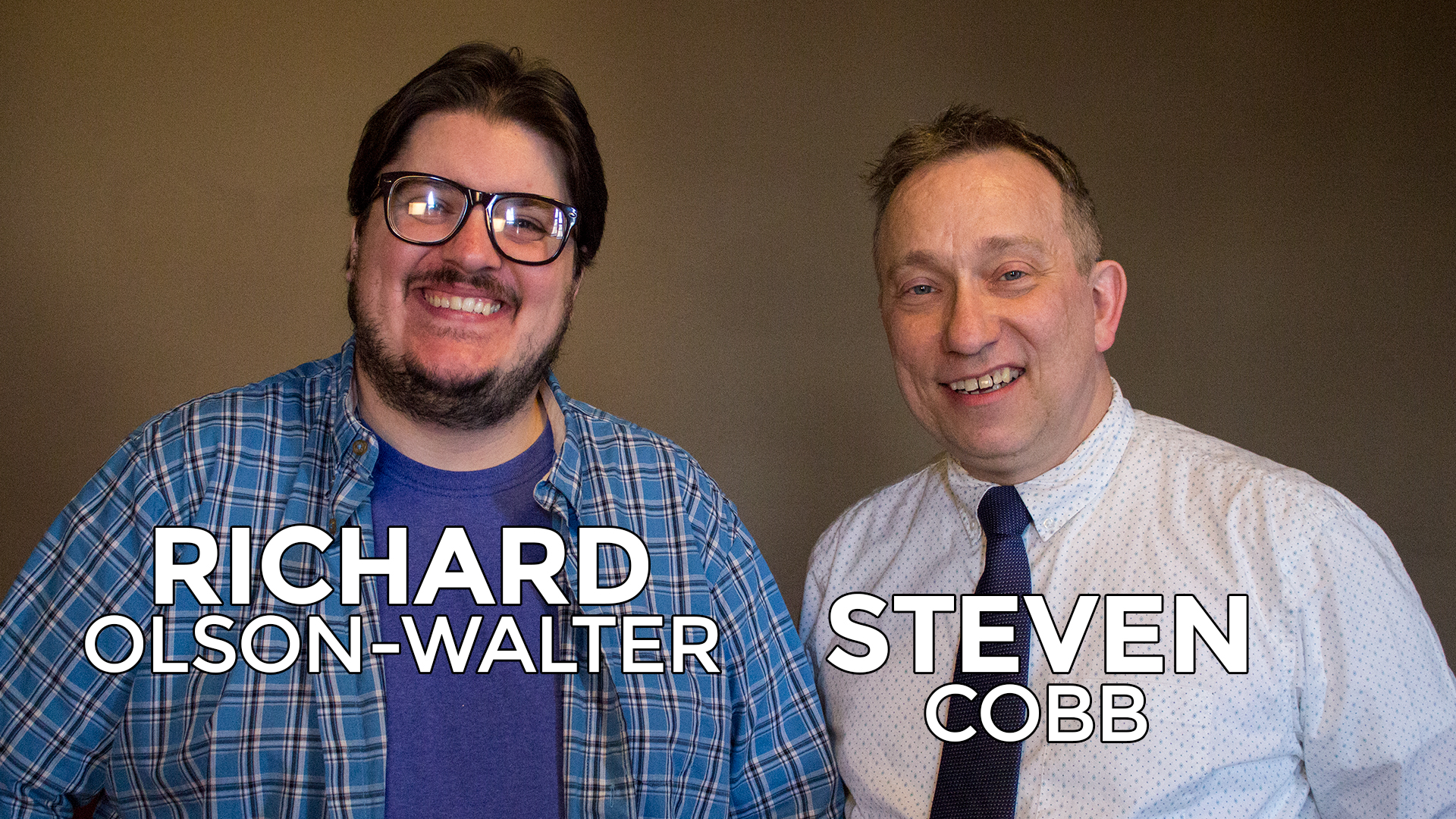 Today Paul talks with Richard Olson-Walter and Steven Cobb who have written and directed the play ‘Least Resistance’. Richard is the writer and Steven is the director. Both gentleman have been involved in the theater business for many years. Richard has been writing plays for about 10 years, starting off small of course but also having done feature length pieces, but admits that ‘Least Resistance’ has been a totally different animal.

Steven is a Maple Grove local. He started stage acting in high school and then went on the major in theater in college. After working in New York City in theater and television he decided to make his way back to Chautauqua County in 2010. He has been involved in theater in Jamestown since his return, but admits to favoring directing these days as memorizing those lines doesn’t come quite as easy as it used to!

‘Least Resistance’ is a tale of the journey through addiction and recovery, written with the help of many who have experienced the trials first hand. There are many different stories based on testimonies of those living here in the city. This production was created to start a conversation about a topic that is very taboo for the most part. We hear stories all the time of the struggles and destruction that addiction brings, but there aren’t many out there that share the hope of recovery, or offer solutions to the problem.

The hope is that the audience is able to connect or relate to one of the stories in the play, to help them see the human side of those going through the disease that is addiction and the process of recovery. To show people that these are normal human beings that are trying to work their way through this process but that is CAN be done. The goal is to have people leave with a feeling of hope and optimism.

The play opens Friday, April 28th at 7:30 with showings on the 29th, May 5th and May 6th at 7:30. This event is free to the public but you might want to go online to reserve your seat! www.leastresistance.org is where you would go to make sure you get a seat.

While there is no charge for admission, donations are welcomed, and all proceeds will go to support the reopening of You Can city mission on 1st street which will be a shelter for homeless men and those struggling with addiction.